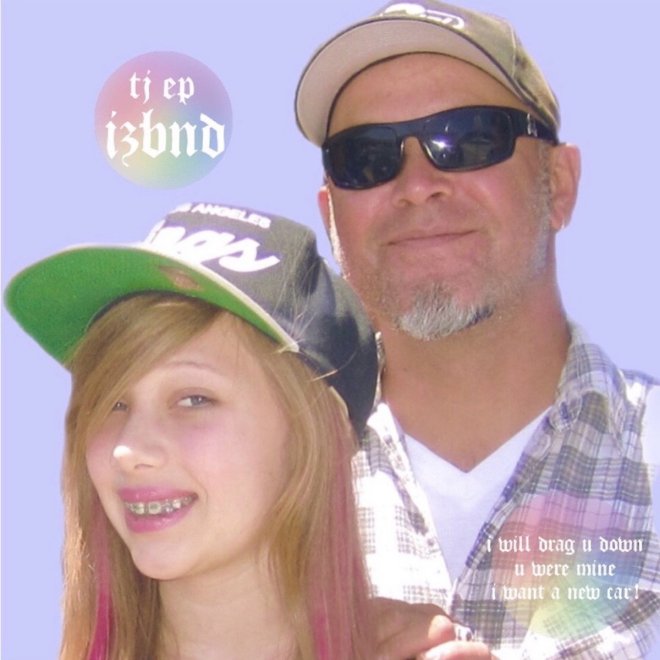 ‘i will drag u down’ starts with izbnd intoning, “ONE. TWO. THREE. FOUR,” and fittingly the song feels like a properly DIY affair – full of “La la la” singalongs, sun-drenched fuzzy guitars and crackling multi-layered vocals.

‘u were mine’ is a country barn-stormer, like Dolly Parton doing her entire stash of acid and hitting the recording studio hard. It’s great.

‘i want a new car!’ is like a new Bikini Kill song – all punk fire, spit and acid, but izbnd‘s gentle vocals don’t quite reflect the angry demand that the song is making of you. She wants a new car damnit! But she doesn’t sound that bothered about it…

‘tj’ feels like a passion project from an already established artist – a bonus for fans of izbnd’s modelling or makeup (which are well documented here if you want to check her out!) Without the izbnd brand behind it though, it doesn’t quite stand up on its own two feet.

It’s a $5 minimum to download this over on izbnd’s Bandcamp page and you can listen to all three tracks below. You can find out all about izbnd by following the links on this page right here.