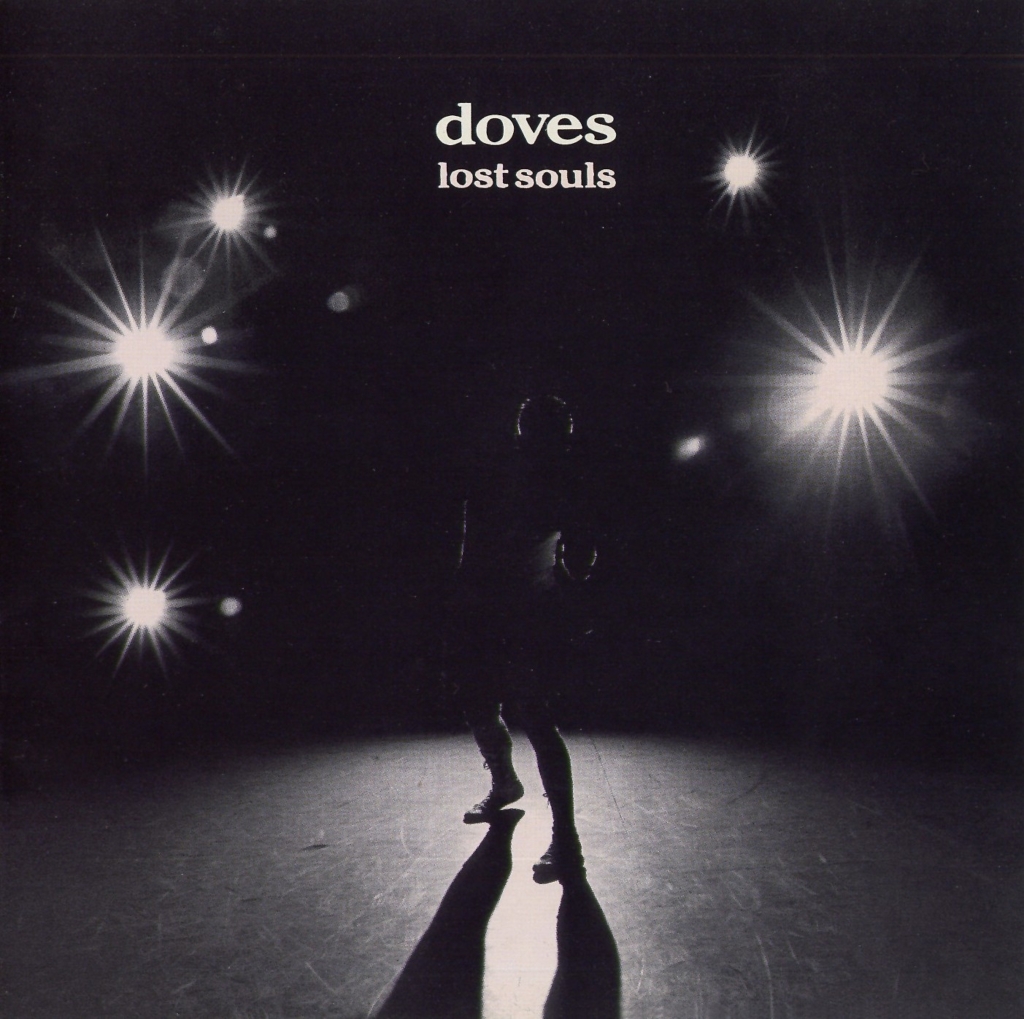 ‘Lost Souls’ is the sound of late-night longing, haunted by the spectre of the past

‘Favourite Children’ is a series in which I look back at the records that shaped my life. “That’s a bit of a strong statement!” Yes. Yes, it is.

The cover art of Doves’ first album depicts a boxer in the dark, surrounded by blinding lights. You’ll notice that the boxer is not surrounded by black darkness, but that the darkness is tinged with a smoky, vintage fog that gives the darkness depth and texture. The soft-edged, floating fonts simply stating ‘doves’ and ‘lost souls’ are ghostlike and weirdly inviting.

I find it almost as easy to lose myself simply staring at the cover of 2000’s ‘Lost Souls’, the debut album by Manchester’s Doves, as I do in listening to the music contained inside it. I’ve lost countless hours, staring into this album cover looking for hidden details while the music played.

As a whole, it is a hypnotic come-down album, filled with thick, feverish melodies and walls of melancholic noise; a beautiful, deeply sad beast of an album that reveals more of itself through repeated listening. If that’s enough to get you listening, then by all means skip to the end and smash that ‘play’ button to begin your own personal journey with Doves, but for now let’s focus on more important things, like MY personal journey with Doves which began not long before I turned 15 years old and involved old British music television, my Dad’s old work laptop and a particular quiet night in the year 2000.

It all started shortly after seeing the band play on Top Of The Pops 20 years ago. I was 14 years old and really only beginning my journey into pop-music obsession which would eventually lead me to writing the very words that you are reading right now. After really getting into the Radiohead albums ‘The Bends’ and ‘OK Computer’, I was looking for similar music to fall headfirst into. This led me to musical obsessions with Travis, Elbow, Mansun and Coldplay (a few years before it was cool to hate them!) among others. Something about the melody in the chorus of ‘The Man Who Told Everything‘ which was the latest single from ‘Lost Souls‘‘ struck a chord with me and I needed to hear more, so I headed to the local Virgin Megastores in my hometown to pick up a copy of the album.

My Dad owned a 1994 IBM Thinkpad which he had used for work many years before. He had kindly let me use it for my homework assignments and I vividly remember the night I had purchased ‘Lost Souls’ with my pocket money: Sitting cross-legged in the middle of my bed, listening to the album on repeat, reading through the liner notes and just messing around with that laptop rather than do my History homework that was due in tomorrow morning. I believe I was playing a really old roguelike RPG that I had put on a floppy-disk labeled ‘Homework’ called Alphaman, which is probably worth talking about another day, but for now, here I am with ‘Lost Souls’ on repeat. It’s about 1 o’clock in the morning and I’m not tired. I’m too engrossed in the music and the visuals of ‘Lost Souls’ – staring long into the smoky black cover art and losing myself in the hypnotic rhythms and melodies of every track…

It was a weird time for alternative music. The cynicism and anti-mainstream of the grunge-era had meant that the idea of the Rock and Roll band had all but eaten itself like an ouroboros of cynicism. Bands now found themselves trying to emulate and expand upon the success of Radiohead’s ‘OK Computer’ meaning that rock music had become synonymous with slow, complex, foggy music that made it hard to penetrate mainstream sensibilities which far prefered House music and the glitzy modern pop of Britney Spears and her peers. It would be a few more years before the spiky, throwback garage-rock of The Strokes and The Libertines would be topping the charts and a we’d have to wait for the end of the year for Limp Bizkit to spark a Mini-Rap-Rock Revolution with their (!) chart-topping single, ‘Rollin’ (Air Raid Vehicle)‘‘. The turn of the millenium in music was a bizarre grab-bag of experimentation and a search for identity after the excess of the late-90s.

‘Lost Souls’ as its name suggests, perfectly captures that feeling of searching for identity – a feeling that 14-year old me was very much experiencing personally at the time. Doves themselves were in the process of finding a new identity after the literal destruction of their previous incarnation Sub Sub.

Sub Sub were a house music group which had one hit single ‘Ain’t No Love (Ain’t No Use) feat Melanie Williams’, reaching the dizzying heights of number 3 in the UK charts back in 1994.

… and then Sub Sub’s music studio burnt to the ground in 1996. They then decided to reinvent themselves as an indie-rock band, taking what they’d learned from their years in Sub Sub and shaping it into something entirely different.

So, there I was: Alone in my bedroom, quietly listening to the swirling soundscapes of ‘Lost Souls’ and waiting to find out who I was going to be.

From the gentle jazzy opening of ‘Firesuite’ to the sounds of a raging fire on closing track ‘A House’ and back to the beginning again; around and around I went, later and later into the dark of the night.

The first half of the album, from ‘Firesuite’ to ‘Lost Souls’ is a gentle awakening – Slowly opening up like a flower being introduced to the sun for the first time. From ‘Melody Calls’ to the end though, you experience a cavalcade of fully-formed, beautiful songs which feel like a euphoric escape after the claustrophobic opening tracks.

I still find myself singing ‘Catch The Sun’ to myself, often while doing the washing up (no connection). It’s a highly addictive stadium-sized banger which sticks to the inside of your brain like some sort of brain-superglue.

I’m not sure what ‘The Man Who Told Everything’ is actually about, but something about the melodrama and the emotion behind the music and lyrics has always given me goosebumps. 14 year old Me was very interested in this level of Angst and Intense Feelings and I still get a massive kick out of listening to it today.

‘The Cedar Room’ is the capstone of the album. The intense 7 minute epic that will have you singing along and waving your lighter in the air. It grows and morphs throughout every second, sweeping you along with it into its increasingly loud choruses till it’s spellbinding ending.

We close with a ‘Reprise’ of ‘The Man Who Told Everything’ and the highly meaningful ‘A House’ (with lyrics directly addressing the fire that sparked Doves’ creation: “It was a day like this and my house burnt down…”) gently caressing your ears as it fades out over the sound of a crackling fire.

What else sticks in my mind from this album? Well, there’s ‘Sea Song’ which is the musical equivalent of sitting in a boat atop a stormy sea. A pained shanty, sung by a lonely mariner. Indeed, the protagonist of ‘Sea Song’ seems to be the Lost Soul of the album’s title.

So, there you have it. ‘Lost Souls’ by Doves is one of the albums that shaped my teenage angst. A quiet cry in the middle of the night. A search for new identity. A perfect escape from my History homework and into a world of longing, adventures at sea and new beginnings. Rather than study history, I was more keen to create my own and I started on my own personal journey by listening to ‘Lost Souls’.

There’s a Spotify link right there *POINTS*. Or you can find a copy of Lost Souls via Doves’ website by clicking these shiny words.